The Power of a Dedicated Community

You’ve probably read it before, but this vitally important point bears repeating: if we want to have any chance to stay below the critical threshold of 1.5°C of global warming,...
October 19, 2021
Share:
Mission: CDRLA

You’ve probably read it before, but this vitally important point bears repeating: if we want to have any chance to stay below the critical threshold of 1.5°C of global warming, we need to not only drastically reduce the amount of CO2 we release, but also start removing this greenhouse gas from the atmosphere and sequester it. Lots of it, gigatons of it –  the sooner the better.

Since we all know how well voluntary commitments to take action against the climate crisis have worked in the past, effective CO2 removal needs to be mandated by laws.

Making sure these laws get written, sponsored, introduced, and ultimately passed is one of the primary goals of the OpenAir Collective.

In a recent teach-in, OpenAir volunteer Toby Bryce provided an overview of the Carbon Removal Leadership Act (CRLA) and where the efforts to get it introduced are standing.

CRLA was conceived, researched, and drafted entirely by OpenAir members, in consultation with dozens of experts in academia, industry, and advocacy communities.

A critical point to recognize is that every net-zero target has an implicit CDR target. To get to net zero, those CO2 emissions that can’t be avoided in the short- to mid-term (these are called hard-to-abate emissions, e.g., from planes) need to be netted out by removing the equivalent amount from the atmosphere. Then there are the gigatons of legacy CO2 we need to remove.

The goal of CDR legislation, including CRLA, is to turn this implicit removal goal into an explicit one. OpenAir’s CRLA is flexible, so it can be adapted by any state, municipality, country, or company.

So far, OpenAir’s activities focus on New York, which passed the Climate Leadership and Community Protection Act (CLCPA) in 2019. This law mandates net-zero by 2050, 85% of which will come from decarbonization. The remaining 15% of hard-to-abate CO2 emissions will be offset – that’s where CRLA comes in. Rather than pursuing ill-defined offsets, which are often of questionable efficacy, CRLA would require carbon removal based on standards to close the ca. 61 Megaton gap between net zero and the hard-to-abate emissions by 2050. CRLA does not favor a specific technology or method for carbon removal – put another way, it’s technology-agnostic – rather, it’s standards-based, and relies on procurement via reverse auction. 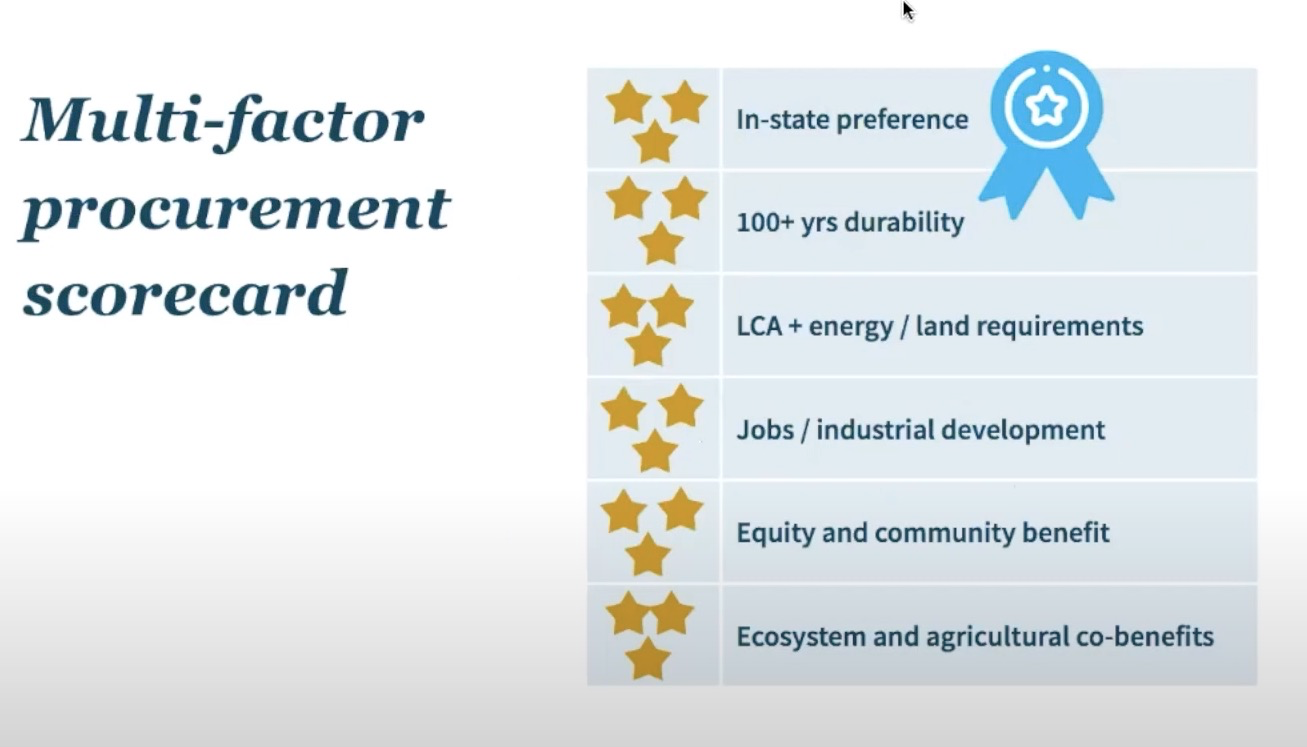 In addition to this legislation, the OpenAir Collective has developed a scorecard to help New York and other entities interested in adopting carbon removal to rate various alternative technologies and approaches based on multiple factors, including sustainability goals and economic and social issues like job creation and community benefit.

How Do Reverse Auctions Work?

In a typical auction, interested buyers bid for the item they’d like to buy, and the highest bidder wins. In a reverse auction, sellers bid the price at which they are willing to sell their products or services. Typically, the lowest bidder will win, assuming they are qualified. In the case of carbon removal via CRLA, the state/city/government will determine how much carbon needs to be removed, and various companies with verified processes will bid for the contract.

​​How to Get Legislation Passed

The process of trying to get the NY CRLA legislation passed can serve as a blueprint for other states and municipalities in the US. It involves these critical steps:

The progress the CRLA legislation is making in New York shows what a dedicated community can achieve. In addition to chaperoning CRLA through the process in NY, we have nascent efforts in a number of states ongoing, and are always looking for more volunteers to jump in and get the process started in their state, county, or city. Join our Discord server to learn more!