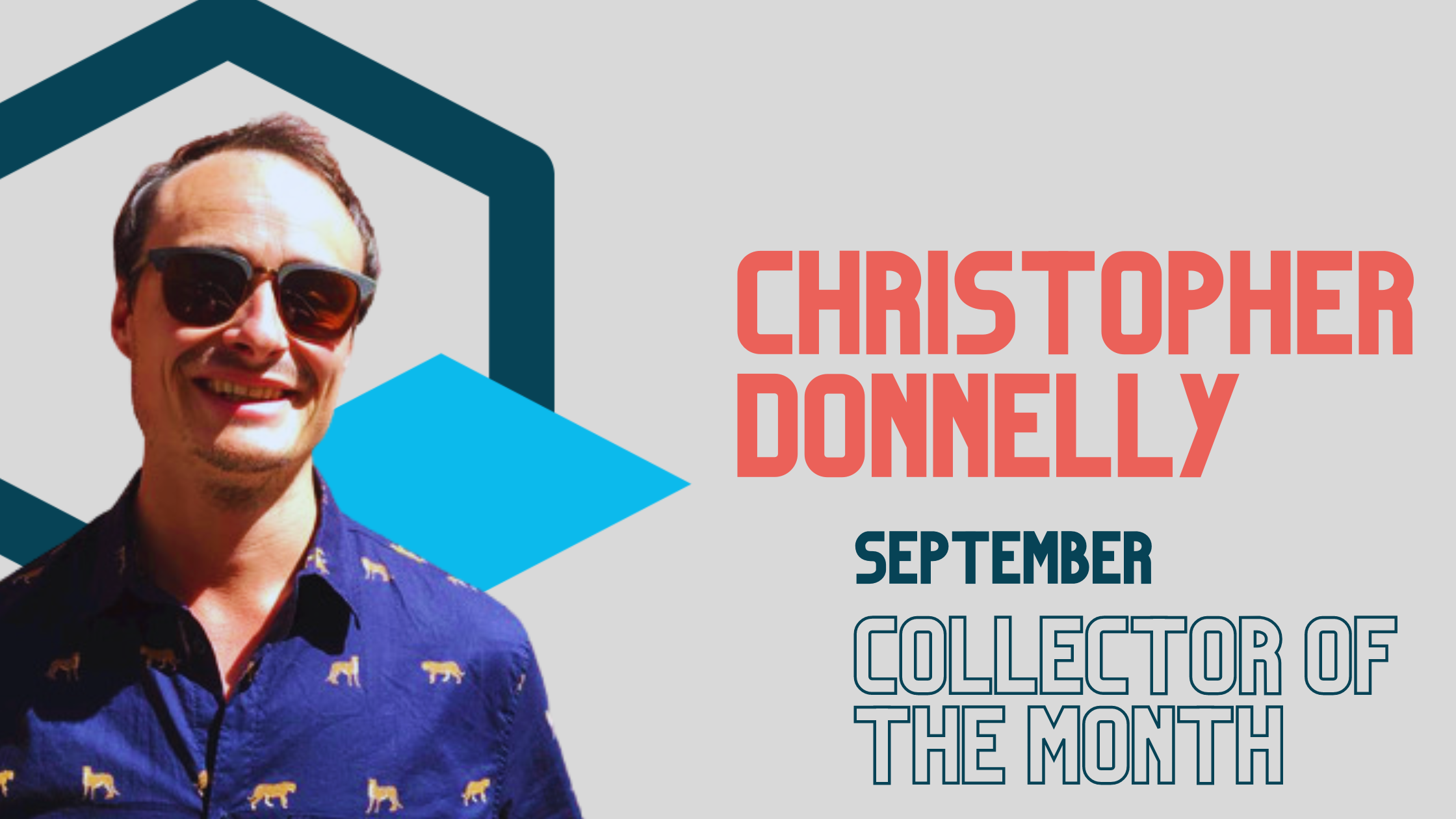 A UX designer by day, Christopher has shared his abundant talents and scarce time to produce OpenAir’s most popular piece of merch, the I [ ] Basalt t-shirt; while driving the development of our new carbon hacker competition platform for DIY carbon removal, launching this fall.

You first jumped into OpenAir during our Ireland policy advocacy campaign earlier this year, but quickly discovered our R&D work and began contributing to CYAN. As a UX designer, what drew you to the idea of open source, DIY carbon removal, and carbon removal more generally?

I’ve been thinking about the problem of climate change since towards the end of my time in University. I spent a few years thinking and researching about different ways I could contribute to solving the problem. As a UX designer my focus is mostly on creating systems and software for people. Most climate change solutions involve some form of physical system so I was struggling to understand how I could meaningfully contribute without retraining myself in some way.

I came across the idea of carbon capture in my research and I thought ah-ha! At the time it was mainly just Carbon Engineering and Climeworks leading the way with large scale industrial applications of Direct Air Capture. It struck me though that carbon capture in all its forms is a thing that could become decentralized and for the people, it is so simple and yet such a powerful idea. As a UX Designer my focus is mostly about end-users so I am drawn to solutions that empower the people. The idea of empowering everyone to remove C02 from the air just seems too good to be true and I knew I wanted to participate in making it happen. Then I came across OpenAir and had my second ah-ha! moment. Here is a community that is doing just that, trying to empower individuals to solve the problem. So I joined and here I am.

You helped inspire a great concept for a carbon hacker competition that we’re now really starting to run with, aiming to debut this fall. Can you break down the idea a bit and where you think it might go?

The Carbon Hacker competition platform is going to be a web based system that will drive innovation in carbon dioxide removal and storage. We are creating a place where people can run carbon capture competitions with prizes to incentivize participation. To begin we are going to focus on running competitions around the Cyan device that Dahl Winters created. The focus will be on creating incentives for people to optimize elements of the device such as the amount of C02 captured or the weighing system. If this initial version proves successful we hope to expand it beyond just Cyan, we could potentially create competitions around Violet or any other carbon capture device or method you could think of.

What role are you playing in the competition platform’s development and who else is working on it with you?

I’m designing the user experience of the software and I am working with Chris Couchoud who is effectively our lead developer and Jared Hunter  who will also be helping out on the development side.

So, let’s talk t-shirts. You designed one of the very coolest and nichiest of items in the OpenAir mission merch store: the I [  ] Basalt shirt, which has proved to be a top seller. What’s the story behind it and what inspired the design?

Our very own Chris Neidl came to me asking to design a t-shirt he had an idea for. He  came up with the concept of a basalt t-shirt that was riff on the classic Milton Glaser “I love New York” design. Except this time “I love Basalt”. We also added some details to the back of the shirt that talk about the global potential of this amazing mineral. I hope to design a few more t-shirts in this style for OpenAir. You can totally see a series developing “I love [insert carbon removal technique here]”

As an OpenAir collector, what are you most excited to work on or get done during the remainder of 2022 and beyond?

My main goal for the remainder of 2022 is to get the first version of the Carbon Hacker platform up and running and being used by real people who want to make a difference to the problem of climate change. Also creating some cool new t-shirts would be good too. I’m also just excited to be part of the whole OpenAir thing, it’s a great feeling to be part of something like this. For such a long time there didn’t seem to be any realistic avenue to participate in climate solutions for ordinary individuals. Now we’ve got one with OpenAir.