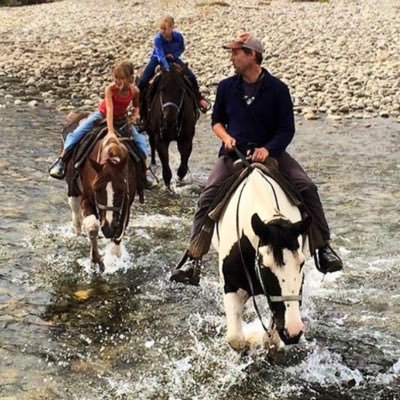 Toby Bryce Toby Bryce is based in Brooklyn, NY and works as a policy advocate for OpenAir.

Ocean-based carbon dioxide removal (CDR) has been much in the news this month. In addition to two excellent OpenAir This Is CDR presentations from SeaChange and Planetary Hydrogen, important and comprehensive reports were released by NASEM and the Aspen Institute. The reports are both well worth reading, highlighting the ocean’s tremendous CDR potential, as well as the very extensive work that lies ahead on research, development, LCA (lifecycle analysis), MRV (measurement, reporting, and verification), assessment of co-benefits and potential harms, policy and regulation, and eventually (finally!) deployment and scaling.

CDR — ocean-based or terrestrial — is not in any way an alternative to reducing greenhouse gas (GHG) emissions. We must eliminate global emissions and decarbonize our economy as quickly and as completely as possible, full stop. In New York this requirement is in fact codified into law by the landmark and nation-leading 2019 Climate Leadership and Community Protection Act (CLCPA) that mandates an 85% GHG emissions reduction as part of the state’s 2050 net-zero commitment.

That said, every credible climate forecast, including in very stark terms the most recent IPCC Assessment Report makes clear that CDR will be required at gigaton scale to counteract emissions that are difficult or inequitable to abate, and draw down excess “legacy” CO2 that is already in the atmosphere. That’s billions of metric tons per year by mid-century.

In New York this means that we will need to be removing ~61.5Mt of CO2e by 2050 (15% of the CLCPA’s 1990 emissions baseline of 410Mt CO2e), and per the recent NASEM and Aspen Institute reports mentioned above, the ocean will have a major role to play. It’s easy to be overwhelmed by the science, and all that remains to do – but we at OpenAir are optimistic and super-excited by the potential of ocean-based CDR, both in terms of its climate impact as well as job-creation, community development, and ecosystem and other co-benefits.

And Long Island, with its extensive coastline, maritime industrial base, scaling renewable energy resources, and top caliber research institutions, is already standing out as an early anchor for this emerging field. In the immediate term this development is of particular interest in relation to the new Carbon Removal Leadership Act (CRLA), a state-level CDR procurement policy conceived, researched, and drafted by OpenAir that that will soon be introduced into the New York legislature thanks to superstar Assemblymember Patrica Fahy (D-Albany).

A wide range of promising ocean-based CDR approaches and pathways have significant potential in Long Island. These three exciting examples stand out:

A novel electrochemical process developed at Stony Brook University by Professor Matt Eisaman at Stony Brook University, SEA MATE uses renewable electricity to pump acid out of the ocean. This not only deacidifies the ocean – benefitting local fisheries and other aquatic life – but also  accelerates the ocean’s natural ability to sequester atmospheric CO2 by converting it into bicarbonate, the ocean’s most abundant form of carbon storage. Professor Eisaman and his cofounders have commercialized the SEA MATE process as Ebb Carbon, and were just announced as part of Stripe’s latest round of CDR procurement. According to Professor Eisaman they are “casting a wide net” in terms of potential deployment sites, including on Long Island. We’re excited for the company to move from the lab to pilot and hopefully initial deployments in the coming years.

Running Tide: Sinking kelp (and CO2) in the deep ocean.

This a Portland, ME based startup employs automated aquaculture systems to seed kelp on biodegradable floats, and then uses ocean currents to sink the resulting fully grown biomass into the deep ocean for durable carbon sequestration. In addition to the climate benefit on offer, Running Tide’s aquaculture operation and supply chain are a significant jobs creator.  As the company scales, the NYC metropolitan area and Long Island offer a proximate and potentially highly suitable point of expansion.

Project Vesta is a non-profit that has pioneered a novel “coastal carbon capture” pathway that deploys olivine-based “carbon negative sand” via beach replenishment and dredging projects. The olivine accelerates the natural carbonate cycle to drawdown atmospheric CO2 and durably sequester it into the ocean. As Project Vesta conducts its pilot implementation in the Caribbean, they continue to actively assess potential locations for deployment, including in Suffolk County on Long Island.

These are but a few of an ever-increasing number of ocean-based CDR approaches that can potentially be deployed on New York’s Long Island coastline. In addition to the critical climate benefit it offers, CDR represents a tremendous opportunity for jobs and local community development for New York, and Nassau and Suffolk Counties in particular. Additionally, many of these pathways are highly complementary with aquaculture, an important growing industry on Long Island, and regenerative marine permaculture more generally which is being pioneered and scaled in Long Island Sound and elsewhere through the work of Greenwave and others.

Brad Ack, Executive Director of Ocean Visions, an organization catalyzing solutions for ocean health, is excited by the opportunity. “With its extensive coastline, renewable energy sources, and established industry base, Long Island is well positioned to be a global leader in ocean-based CDR”

To learn more about ocean-based CDR, another great resource is Ocean Visions’ Ocean-Based CDR Road Maps — and stay tuned for more emergent CDR pathways in 2022 on This Is CDR!