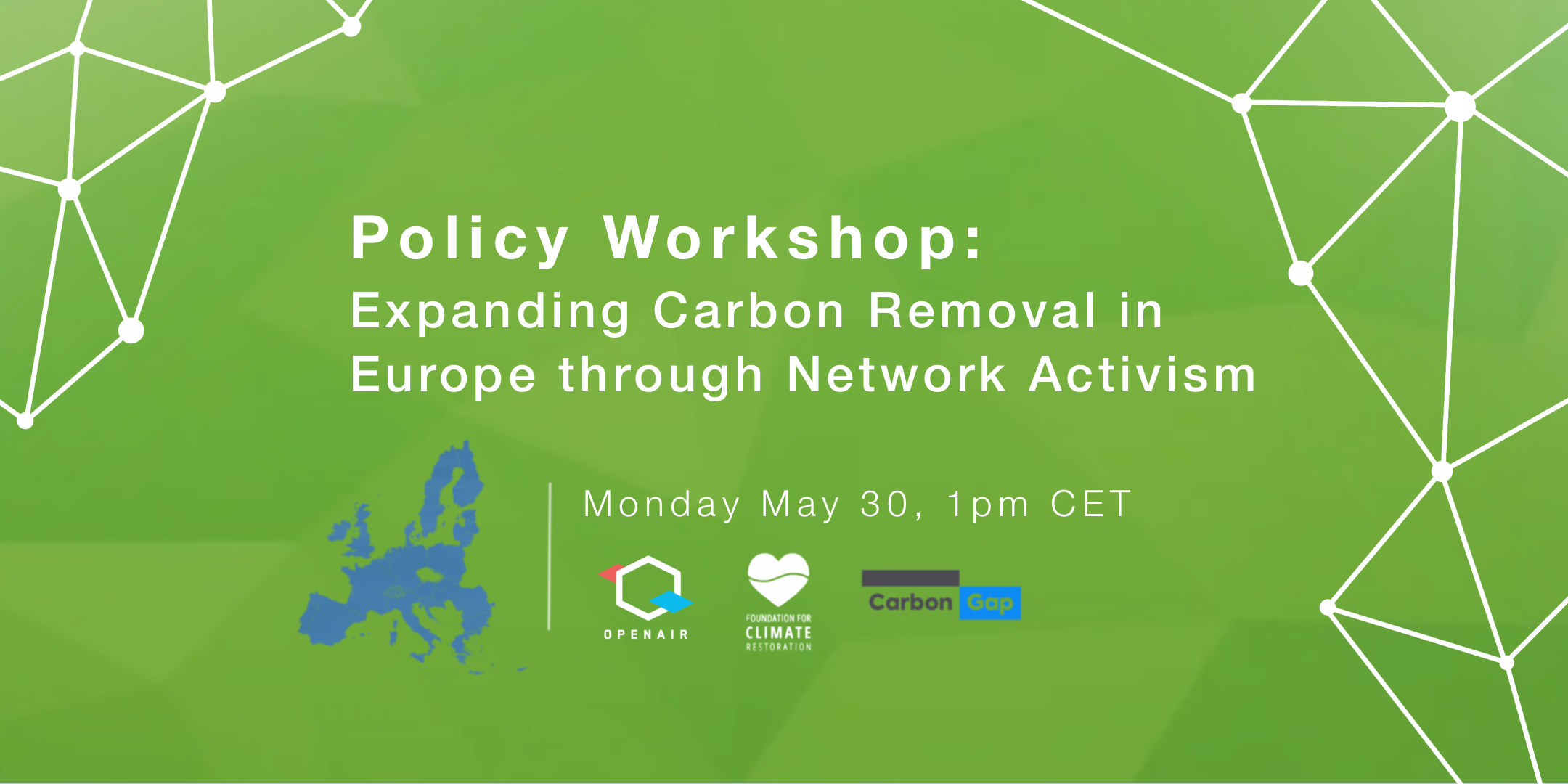 OpenAir and F4CR invite you to join a volunteer-led, grassroots campaign to support national carbon dioxide removal policies in Europe.

Combined with rapid decarbonization of the global economy and adaptation to inevitable climate change, carbon dioxide removal (CDR) is a third and necessary component of any science-based strategy to prevent catastrophic global temperature change.

In this make or break decade for a livable climate, public and private actors must mobilize rapidly to advance high potential carbon removal methods, in parallel with massive investments needed for emissions reduction and resilience. This means providing early demand support for CDR to drive down costs and accelerate innovation, much in the same manner that renewable energy, battery storage and electric mobility have been supported historically.

European nations, individually and in aggregate, can play a critical catalytic role in this effort by channeling public resources in support of CDR project scale up now. But establishing such commitments will require a concerted, well-organized grassroots mobilization at the national and sub-national levels.

To this end the OpenAir Collective, the Foundation for Climate Restoration (F4CR) and Carbon Gap are partnering to organize volunteer-led advocacy campaigns in support of national CDR support programs throughout Europe. With initiatives already underway in Ireland and Luxembourg, the partnership aims to establish campaigns in the Netherlands, the United Kingdom and several other countries in 2022-2023.

Join OpenAir and F4CR organizers for this introductory workshop on viral policymaking and advocacy in support of CDR in the European context.