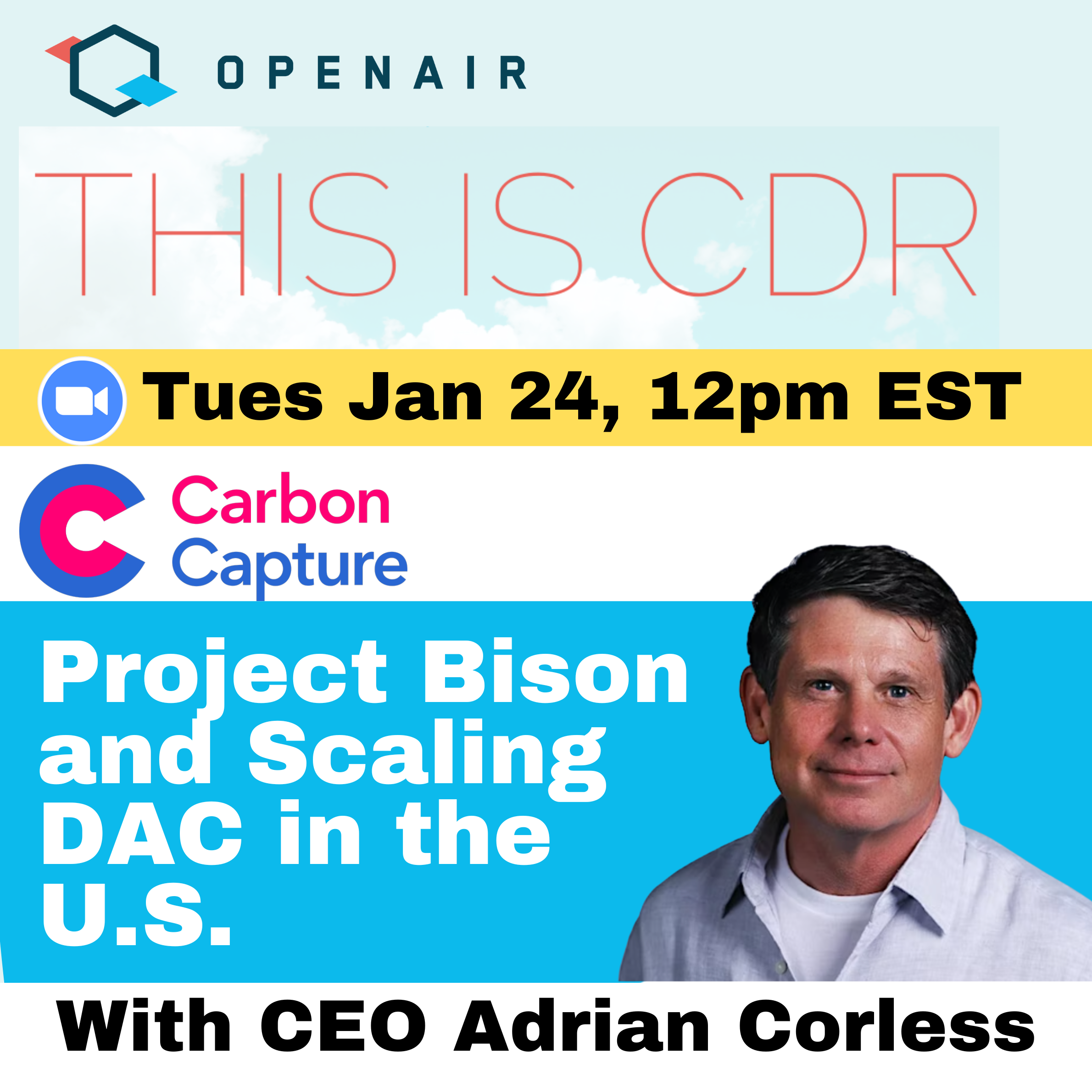 This week OpenAir is very excited to welcome CarbonCapture CEO Adrian Corless who will update us on Project Bison, the company’s ambitious 5Mt planned deployment in Wyoming, and discuss the company’s plans to scale beyond that in the U.S. and globally.

Adrian Corless has spent more than 25 years developing and commercializing products in the cleantech industry. From 2013 to 2018, he was the CEO of Carbon Engineering, where he successfully developed the company into a recognized global leader in CO2 direct air capture, piloting industrial scale systems in under two years. In addition, Adrian has spent 15+ years commercializing industrial hydrogen, fuel cell, and pump technologies, serving as CEO of Rotoliptic Technologies, CTO of Plug Power, and CTO of Cellex Power Products. He holds a Master’s of Science degree from the University of Victoria, BC Canada with specialization in Energy Systems, Cryogenics, and LNG.